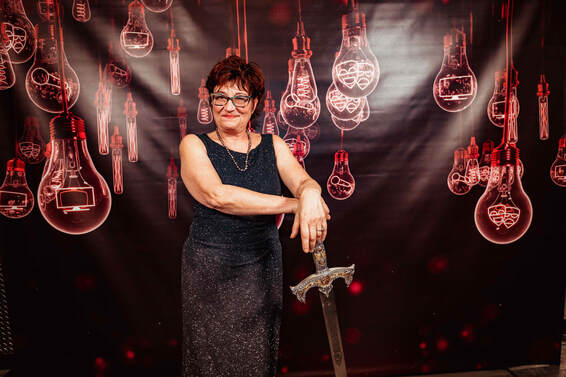 Ms. Harrington was awarded Lifetime Recognition by the Knights of Illumination in 2019.

She received the Drama Desk, Outer Critics Circle, and American Theatre Wing awards for The Who’s Tommy. Her Broadway credits also include: All The Way, Grey Gardens, Putting It Together, The Capeman, Ragtime, Company, Driving Miss Daisy, The Will Rogers Follies, The Heidi Chronicles, My One and Only and They’re Playing Our Song. Work in opera includes: Werther, The Grapes of Wrath, Nixon in China, A View from the Bridge, The Photographer and The Magic Flute. For Miami City Ballet: The Firebird,The Fairy’s Kissand George Balanchine’s The Nutcracker®. For Alexei Ratmansky: Cinderella, Pictures at an Exhibition, Firebird, Anna Karenina, Seranata Ratmansky. For Doug Varone: Ballet Mecanique, The Nutcracker and for Houston Ballet, Sylvia.  Wendall is the head of the Projection Design concentration at the Yale School of Drama. 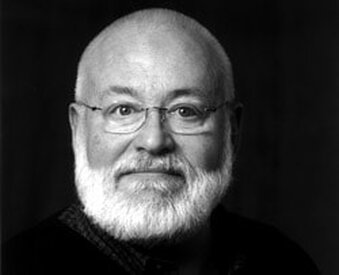 ​​Frank Galati ​has been a member of the Steppenwolf ensemble since 1985. Frank won two Tony Awards for his adaptation and direction of Steppenwolf's production of The Grapes of Wrath on Broadway and was nominated for a Tony Award in 1998 for directing the musical Ragtime. Although he is known primarily as a director of epic plays and musicals (Steppenwolf's Homebody/Kabul, Broadway's Ragtime) he is an equally adept actor (Steppenwolf's The Drawer Boy, The Tempest) and adaptor (Academy Award nomination for Best Screenplay for The Accidental Tourist.) he directed his adaptation of Murakami’s Kafka on the Shore at Steppenwolf in 2008. His productions at the Goodman Theatre, where he was an associate director from 1986-2008, include She Always Said Pablo, The Winter’s Tale, The Good Person of Setzuan and Cry the Beloved Country.and Mr. Galati is a professor emeritus in the department of performance studies at Northwestern University. He now is an artistic associate at Asolo Repertory Theatre in Sarasota, Florida where his adaptation of James Agee's novel A Death in the Family is set to open in April. His adaption of Kafka on the Shore, which premiered at Steppenwolf will open in Zagreb, Croatia on May 22, 2020.  Frank is also currently working on a new musical called Knoxville with Lynn Ahrens and Stephen Flaherty. 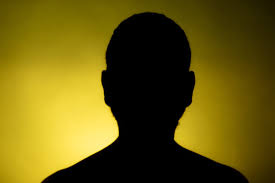 ROBERT PERDZIOLA ​studied costume and scenic design at Carnegie Mellon University in Pittsburgh, Pennsylvania, USA. Upon graduation he moved to New York City and worked as an assistant designer and scenic painter. In 1985, Mr. Perdziola became the resident scenic assistant designer at the Metropolitan Opera working on models and designs for designers Gunther Schneider Seimssen and Franco Zeffirelli.
In 1987, Mr. Perdziola made his professional design debut with the Santa Fe Opera, creating sets and costumes for Shostakovich’s The Nose. In the same year he worked with an art historian to reconstruct Nicholas Roerich designs for Le Sacre du Printemps with the Joffrey Ballet. His own design credits now include Il Pirate and Capriccio for the Metropolitan Opera, and numerous opera designs for the Lyric Opera of Chicago, San Francisco Opera, Santa Fe Opera, Fort Worth Opera, Opera Boston, Cincinnati Opera, Opera Theatre of Saint Louis, Curtis Institute of Music, Glimmerglass Opera, and the Jacobs School of Music. He has designed many and various productions of Mozart’s Le Nozze di Figaro and Cosi Fan Tutte, seen in the United States, Europe, and Japan. For Opera Australia in 2008, he designed Arabella at the Sydney Opera House.
His ballet designs include Pillar of Fire, Spectre de la Rose, for American Ballet Theatre and various works for Boston Ballet, San Francisco Ballet, and Miami City Ballet. In 2016 he designed Alice in Wonderland for the Finnish National Ballet. In 2018, for American Ballet Theatre he reconstructed sets and costumes for Harlequinade, working with Alexei Ratmansky, seen in New York, Los Angelos, and Washington, DC. In the theatre, his work is often seen at the Asolo Repertory Theatre in Sarasota, FL, Shakespeare Theatre in DC, and the Signature Theatre in Arlington, VA.

Mr. Perdziola is the recipient of 3 Helen Hayes Awards (13 nominations), and an Irene Sharaff Award in 2000.
In 2019 he designed costumes for Grand Hotel at the Signature Theatre, The Seasons for ABT, and sets and costumes for Giselle for the Bolshoi Ballet.
​
Currently he is working on La Boheme for Veroza Opera in Japan, Madame Butterfly for Boston Lyric Opera, a new ballet for Finnish National Ballet, and Knoxville, a new Lynn Ahrens, Stephen Flaherty, Frank Galati musical at the Asolo Repertory Theatre. Robert has been a part of the board of the Tobin Theatre Arts Fund since 2000, whose mission is to honor theatre design as a distinct and worthy art form. 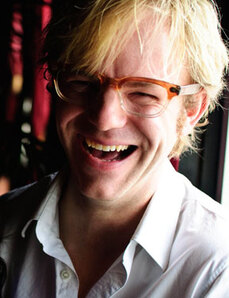 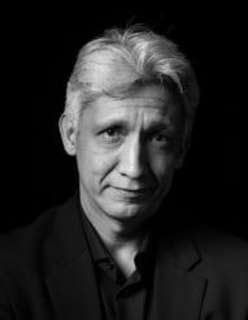 Who We Are
The University Resident Theatre Association was founded in 1969 with the mission of supporting excellence in professional training of theatre artists, ensuring the continued renewal of the American theatre.
​
Since that time, URTA has grown to include many programs and services, all working toward that same goal. Whether it’s maintaining the highest quality standards for our member universities, helping to match potential students with the MFA program best suited to their needs, facilitating engagement of professional artists at universities, or expanding our offering of continuing education programming to students, faculty and professional artists, URTA is setting the stage for emerging theatre artists, superior theatre training, and professional advancement!